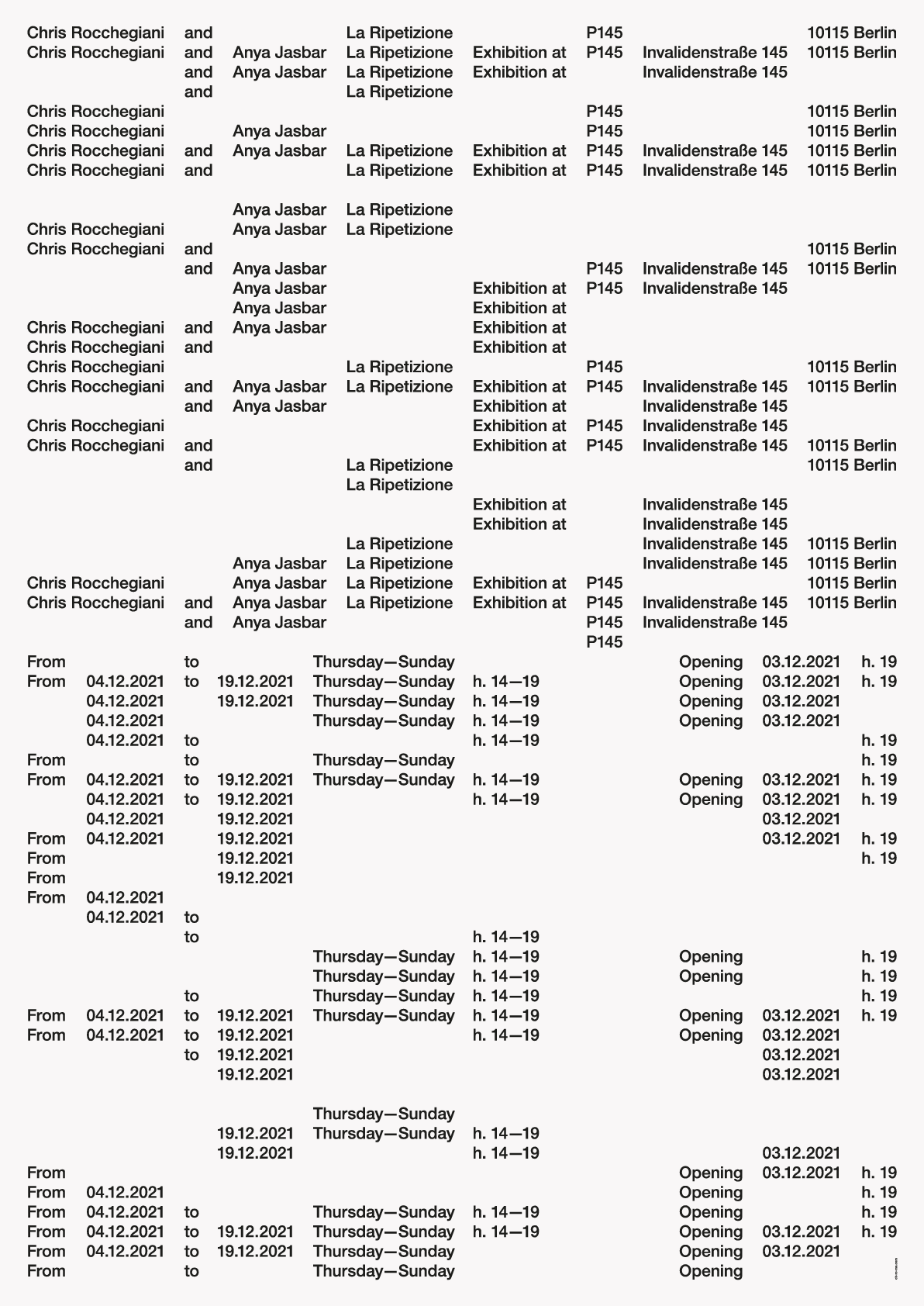 Laimun presents LA RIPETIZIONE, an exhibition with works by Chris Rocchegiani and Anya Jasbar. We are glad to invite you to the opening on the 3rd of December, at Projektraum 145, Invalidenstr. 145, 10115 Berlin.

LA RIPETIZIONE is a study on memory and time, a reflection on women’s conditions and the patterns of their productive and generative roles in western societies.

Between 2020 and 2021, Chris Rocchegiani and Anya Jasbar started a remote conversation shaped by the periodical exchange of books and archival material, which led to a new body of work for both artists.

With her oil paintings, Chris Rocchegiani creates a world of color, symbols, and imaginary creatures where personal memories and gestures are intertwined and expressively alive.

Anya Jasbar, with her mixed media compositions, retraces the life and education of a working woman, combining elements of fiction with historical and public documents on women’s labor and training from the early 20th century until the 1980s.

The exhibition is a satellite project of Laimun, an artist-in-residence program, and curatorial platform, directed by Anya Jasbar. The project is co-curated with Daniel Augschöll. 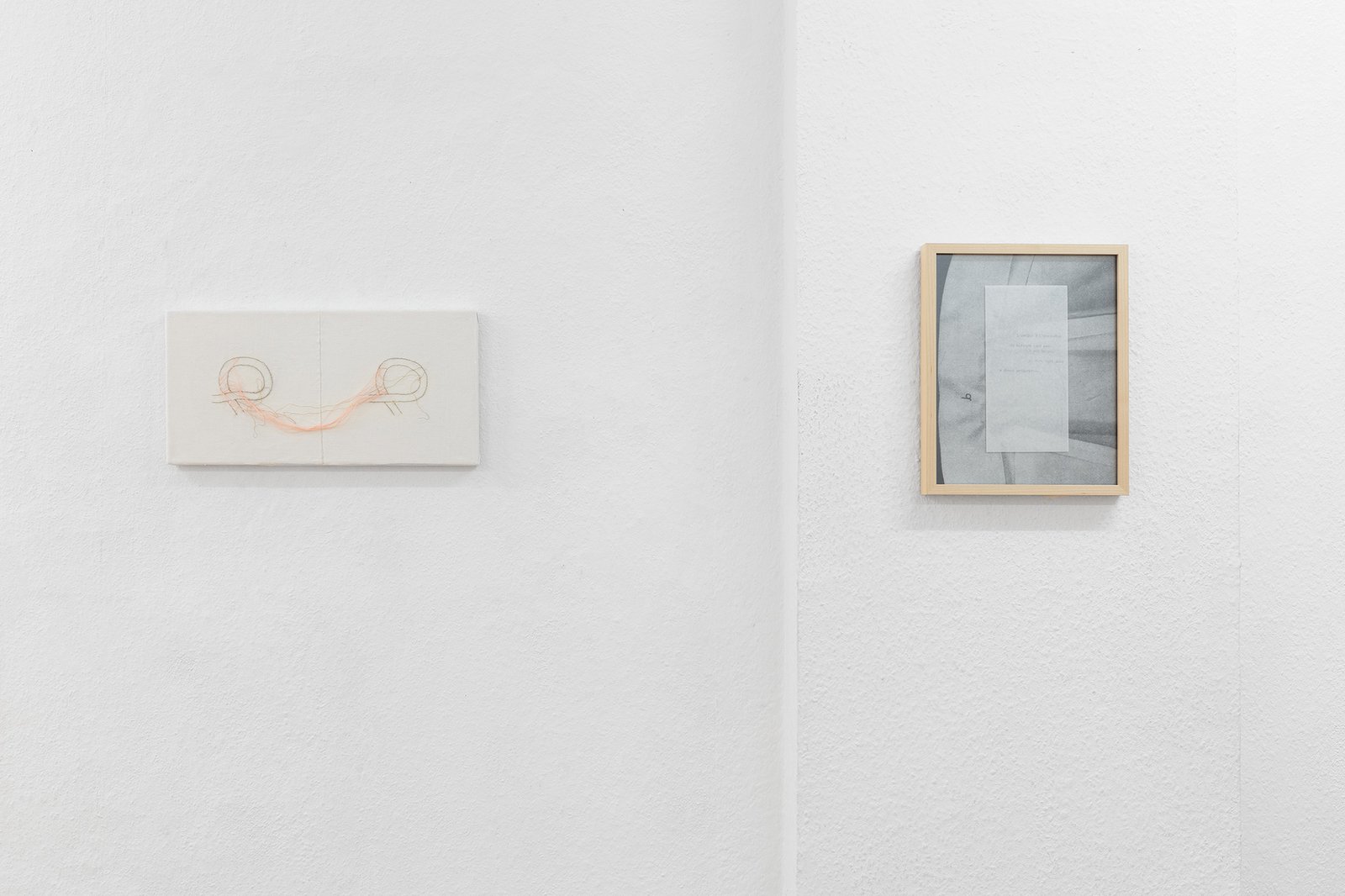